DANCING WITH DIANA: a novel

The future Princess Diana dances for five minutes with a teenage boy in a wheelchair, an encounter that colors the rest of his life though quickly forgotten by her.

“I read [DwD] on a flight home from Europe. What a heartfelt world Jo Salas evokes with such a light touch, such care, and so many beautiful sentences. It was a pleasure to read each page, so I took my time. It is a humanizing story. And in case anyone is keeping count…I cried four times. My seat mate got a little uncomfortable. I sure didn’t.”  (Amazon review) read more

IN THE SHADOW OF THE MOUNTAIN (forthcoming from JackLeg Press)

Helen is the translator of a legendary German novelist and a writer in her own right. All her life she struggles for her own voice, against convention and the demands of the two male luminaries in her life. Based on the life of Helen Lowe-Porter, the translator of Thomas Mann. 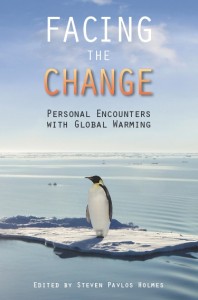 Waiting at the Ritz. In A Slant of Light: Women Writers of the Hudson Valley (anthology). September 2013. Winner of the 2013 USA Best Book Award in the Anthology (Fiction) category.