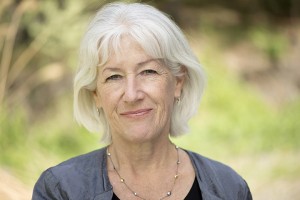 Jo Salas is a writer, a Playback Theatre performer and trainer, a social activist, and passionate grandmother. She grew up in New Zealand and now lives two hours north of New York City near woods and mountains. Jo’s published fiction has appeared in literary journals and anthologies. Her story “After,” in the anthology Facing the Change: Personal Encounters with Global Warming was nominated for the Pushcart Prize. Other short stories have won or been shortlisted for awards.

Jo’s nonfiction writing has chronicled and explored Playback Theatre since its inception, with many publications including Improvising Real Life: Personal Story in Playback Theatre, now published in nine translations and a 20th anniversary edition.

You can write to Jo at josalas5566@gmail.com.

“Everyone has a story”: Jo’sTEDx talk